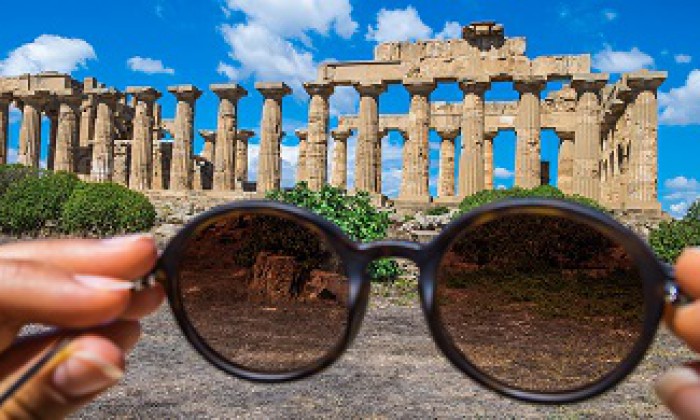 The wonderfully preserved temples of Segesta and Selinunte witness ancient civilizations onces competing for the supremacy in western Sicily. The island of Mozia will expose travellers to a new chapter of the "Mediterranean Tale". The Phoenician Era. Visiting those areas will give to the visitors a crucial understanding of the local history and geography.

The prize for the most striking views goes to the hilltop town of Erice which overlooks the harbour of Trapani. The castles of Pepoli and Venus tower above the town but a labyrinth of medieval cobbled streets, a tradition of pastry-making and numerous churches all make the town an appealing outing for anyone staying in a villa in western Sicily.

Expansive salt pans, punctuated by windmills, dominate the stretch of coastline between Trapani and Marsala and provide some fabulous photo opportunities, particularly at sunset. Visit Trapani Salt Pans Natural Reserve and its Museum of Salt. A spectacular example of Industrial Archeology, where local companies still continue the old production. These wide wetlands have always been a nesting and feeding site for a variety of migrating birds like: Pink Flamingos, Storks, Herons, and Cormorants.

Significant Carthaginian ruins are the main reason that visitors flock to the archaeological site of Mozia, situated on San Pantaleo island which is in a shallow lagoon between Trapani and Marsala. Excavations are still ongoing but the island’s museum is well worth a visit, its principal attraction being a Greek statue, known as The Charioteer, from the fifth century BC.